Today I want to show you the SMS that started it all and began my career as a software developer. 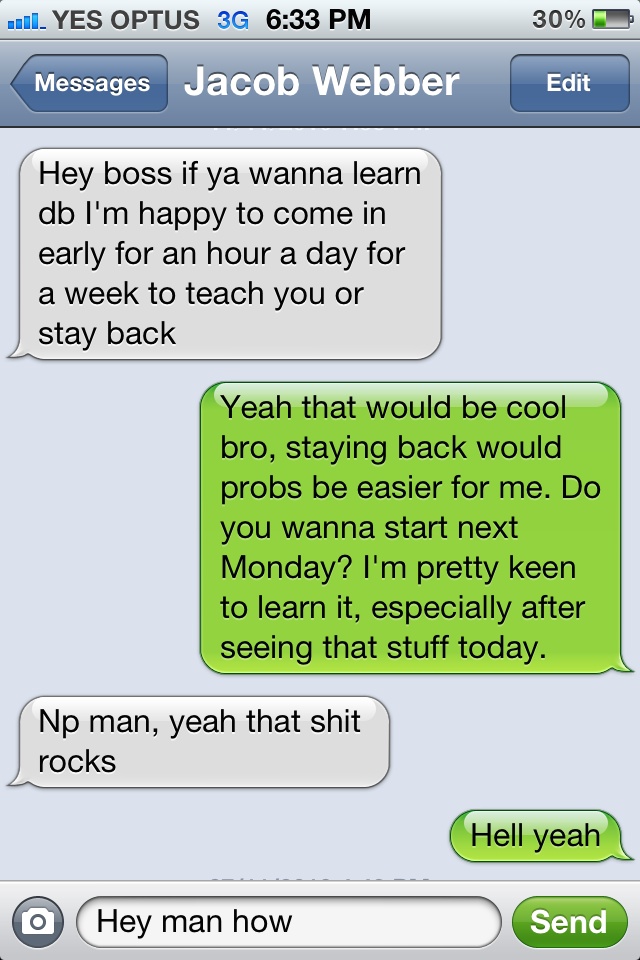 One day in October 2010 my manager and I sat down to discuss a database solution for our company. We had unsuccessfully tried to use another company’s solution for our business needs but found them lacking, and we were already running an Access database for some of our data. At this time I had no experience with databases whatsoever, not even the basics such as tables, columns and primary keys. Jacob wanted to gauge my interest in learning about databasing and Visual Basic so we could develop our own solution. Needless to say I was very keen.

I already had a background in HTML and CSS from making websites for businesses in my teenage years, and because of Jake’s experience with VB, we started looking at .NET web forms using a Lynda tutorial, and learning how to use Visual Studio at the same time. The learning curve was quite steep for us, both for the .NET page lifecycle, controls and best practices, and as well for Visual Studio’s complex interface — one video in particular spent way too long telling us that you could use the pin to pin windows inside VS. Not exactly a crucial skill to have.

Our first attempts were particularly awful. A liberal use of querystrings and sessions for large objects coupled with using 9-10 hidden DROP DOWN LISTS to store page values (such as IDs etc.). We still have these miserable first attempts somewhere on our server, but I’m afraid to look at them because I think it would be akin to opening the ark of the covenant. These were the dark days before stackoverflow’s rise in popularity, every roadblock was a challenge to find the answers for, most of the time ending up at the ridiculous expert’s exchange, which we seriously considered paying for at the time.

But in the end it was all worth it. Our application at work has gone through several iterations and changes in the past few years, each new feature bringing its own set of challenges. We’ve gone through several data migrations as well, the biggest being the move from a VPC to Amazon’s cloud infrastructure, which was an excellent decision for us. And as we move into launching the newest version of our application, which uses MVC4 and C# with multiple REST APIs, it is good to see where we have come from to have a better idea where we are going in the future. So to anyone out there just starting out, when it seems like you will never get anywhere, just remember that everyone starts from nothing in this gig and that if you keep plugging along project after project and if you have the passion, you will end up making it before you know it!

I’ll leave you with my notes from the next day with Jacob, where I started to learn about tables and primary keys. 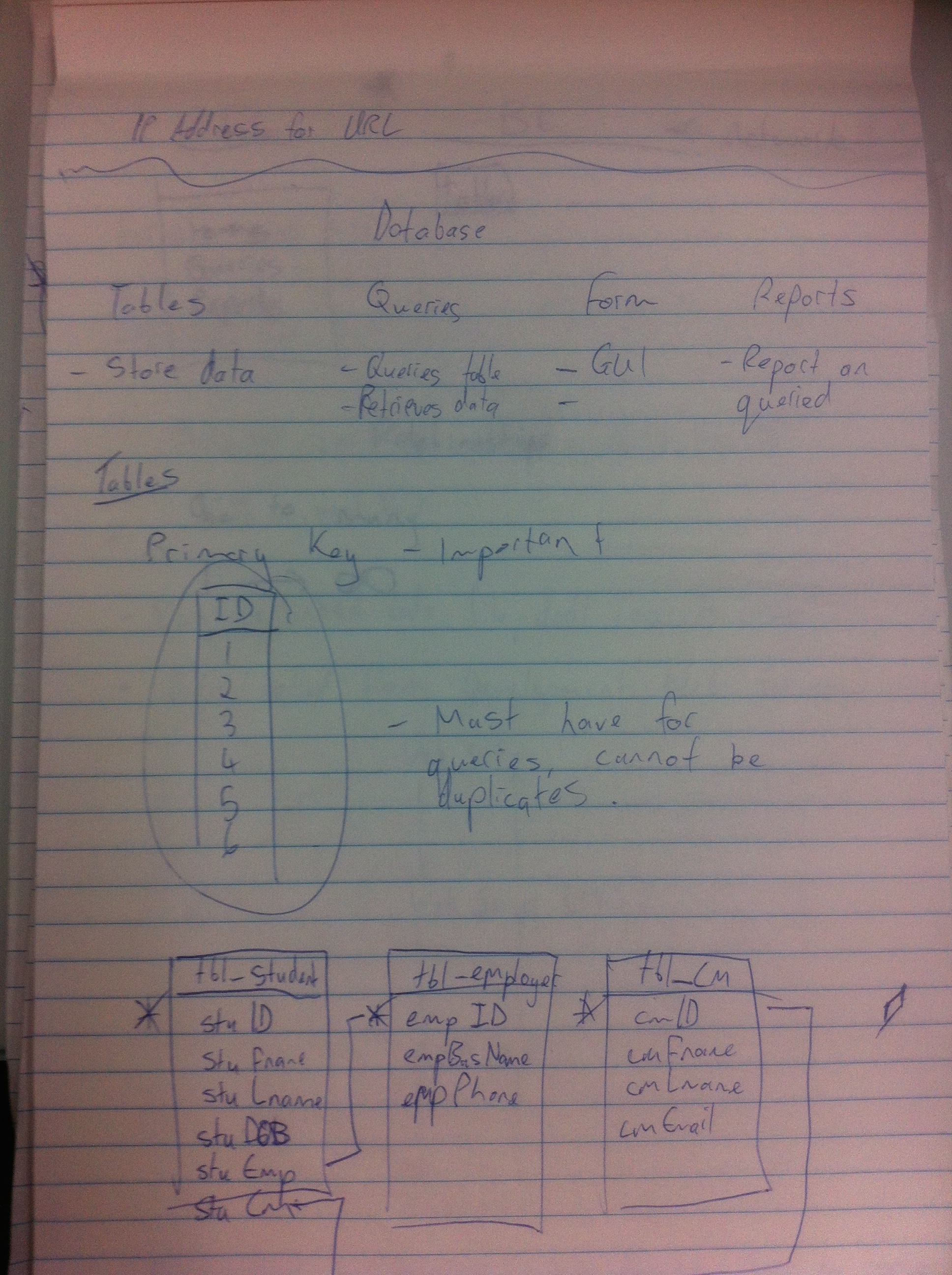